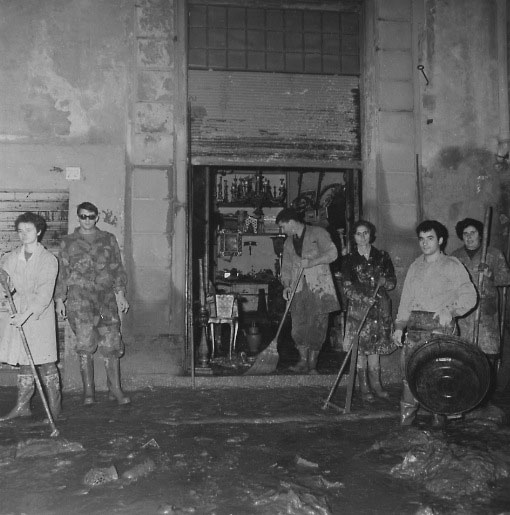 It was the year 1966. For Florence it is one of those dates that can not be forgotten. As soon as 1966 is mentioned, the memory goes to those terrible days of the flood. On November 4, the Arno river submerged most of the city of Florence and its Renaissance treasures.

We too suffered the fury of the waters in Borgo San Jacopo, where the headquarters of the company Cafissi stood, a stone’s throw from the Ponte Vecchio.

In this historical image, the owners and daughter were taken back during the hard work of cleaning to return to normal. This year marks the fiftieth anniversary, and despite the many changes in our activity and in our lives, we want to remember with the new generations that period.